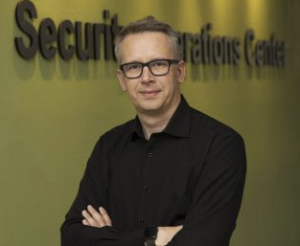 On Friday 10 December, Pinewood issued an alert about a critical vulnerability that exists in Log4j, a Java-based logging framework which is used by many different applications and websites. Because of the widespread use of this solution, combined with the ease of exploitation of the vulnerability, attackers have started to exploit this vulnerability on a large scale. Exploitation attempts have been seen by the Pinewood SOC. This bulletin sums up the information that’s currently available on the vulnerability.

A vulnerability in Log4j 2 allows attackers to remotely inject and exploit malicious content into the logs of a vulnerable system. Log4j supports the usage of variables in logs that will be automatically parsed once they are found. If an attacker succeeds in inserting a specific variable into the log, he can then initiate a so-called Java Naming and Directory Interface (JNDI) lookup. This JNDI lookup can then be used to load and execute a Java class from a remote (attacker controlled) server. An attack can be recognized by a JNDI variable that is sent by the attacker and which may look like:

The vulnerability can therefore be mitigated by disabling these lookups or by upgrading Log4j to the latest version.

The vulnerability impacts Log4j 2 up to version 2.14.1. Log4j is integrated into several other products (such as Apache Struts and Apache Solr) which makes these applications vulnerable as well.

As this situation is quickly evolving Pinewood advises to regularly check the articles from the different vendors that are used in your environment for the status and available patches.

There are several resources that are collecting information about all vendors:

Below is an overview of bulletins issued on this vulnerability by Pinewood vendors. For some this information is still changing, so regularly check the links until the situation is clear.

Apache has documented several workarounds in case a patch cannot be installed. These include:

Apache has released Log4j 2.15.0 to address this vulnerability. Unfortunately, Apache only provides source code patches (no binary patches) and therefore you need to apply the patches provided by your application vendor. See the Affected Productssection for an overview of well-known vulnerable products.

The Pinewood SOC does see active exploitation attempts from many of the well-known malicious IP addresses. Detection of these attempts is of limited value as these are often untargeted (regular “internet noise”) and do not indicate whether such an attempt is successful.

Upon successful exploitation of the vulnerability, a vulnerable machine will initiate a callback towards an attacker-controlled server. Detecting these callbacks is therefore much more useful as these indicate a successful exploitation attempt. Much of the well-known callback domains and IP addresses are publicly available (see e.g., this Callback Domains Log4j Github repository). In addition to these well-known and reported domains and IP addresses, Pinewood also observed the following C2 servers in exploitation attempts within customer networks (this includes servers used by security researchers to scan the internet for vulnerable installations):

The Pinewood SOC is actively monitoring outbound connections to these (and other publicly reported C2) IP addresses to determine successful exploitation attempts of this vulnerability within customer networks. Customers are alerted if successful connections to C2 servers were observed. 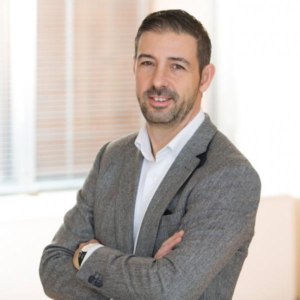 On Friday 10 December and Monday 13 December, Pinewood issued bulletins about a critical vulnerability that exists in Log4j, a Java-based logging framework which is used by many different applications and websites. Since then, exploitation of the vulnerability has continued and, in this bulletin, we would like to share an update on the insights that we’ve gained over the past few days.

For more information on the vulnerability, see our previous bulletins. In conclusion a critical vulnerability in Log4j version 2, which is part of many different software solutions, allows attackers to remotely compromise vulnerable systems by injecting malicious content into the logs of these systems. If an attacker succeeds in inserting a specific variable into the log, he can then initiate a so-called Java Naming and Directory Interface (JNDI) lookup which can then be used to load and execute the malicious content from the remote (attacker controlled) server.

As there are many vulnerable software solutions, it’s impossible to sum up all of these solutions, let alone the patches that have been released to fix this issue. As this situation is quickly evolving, Pinewood therefore advises to regularly check the articles from the different vendors that are used in your environment for the status and available patches. In addition, we advise you to regularly check the overview from the Dutch National Cyber Security Center (NCSC-NL) which is continuously updated and very complete; you can find the overview here.

There are several attention points that we’ve witnessed over the last few days that we would like to share:

Based on our experiences with this vulnerability and its exploitation attempts we advise you the following:

CVE-2022-21907: the vulnerability is in the HTTP Protocol stack (http.sys) and an unauthenticated attacker can remotely execute random code on a vulnerable system by sending specially crafted network packets. Microsoft indicates that this vulnerability is possibly ‘wormable’. This means that without interference of users malicious software can be spread to other vulnerable systems. Although there is no Proof-of-Concept of the exploit available at the time of writing, the NCSC expects this to be available soon.

CVE-2022-21849: the vulnerability is in the Microsoft IKE Key Exchange for IPSec and can only be used when IPSec is active. The vulnerability can help attackers to execute remote code.

Exploitation is not limited to server application, client software can also be affected.

In Windows Server 2019 and Windows 10 version 1809, the HTTP Trailer Support feature that contains the vulnerability is not active by default. The following registry key must be configured to introduce the vulnerable condition:

This mitigation does not apply to the other affected versions.

Microsoft has released new updates to address the vulnerability. There have been reports that this update may not work well on servers configured as a L2TP VPN server, Pinewood recommends to take this into consideration before deploying the update.